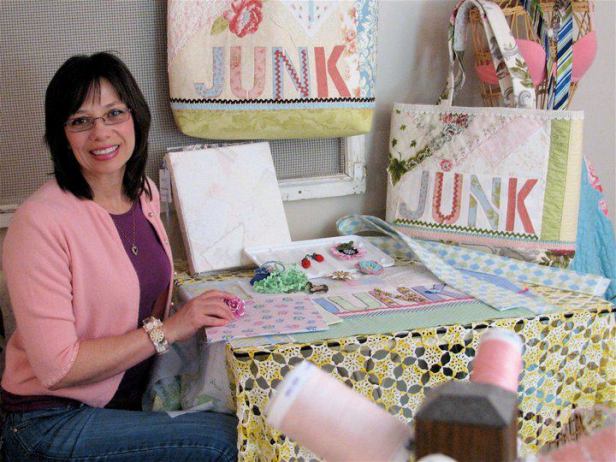 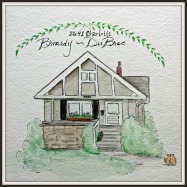 The thrill of the hunt

Posted by Stephanie Macera, Lovingcolor on August 20, 2008 in Decorating | 1 Comment 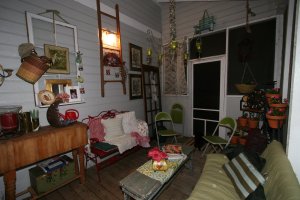 This is my back porch. This photo was taken about two years ago.. Since then many things have come and gone, the most unusual thing being the near life-size mechanical pony “Smokey” that came to live with us when Mom and Dad moved last year.
Whatever lands out there, whatever cast-off from other parts of the house.. somehow they just work and it gets “assembled into the BORG” as my husband would say.
Well I don’t do as much hunting and gathering or random thrift shopping as I did in past years. And I have learned to start “editing” what I keep and live with. Part of that is just maturing, I think. If you dropped by right now, the porch would not be this organized.. It is recovering from my last decorating endeavor – being a catch-all for the things I moved out of the kitchen during the cabinet repaint. But this picture makes me happy. It reminds me never to question life’s little surprises. Part of being a woman is finding a way to live creatively.
On Monday, I spent the day with my Mom. We finally had time to have a real conversation now that the kids have returned to school. We bolted out to the nearest anitique mall to shop for things for the “hoffice”. We were on a tight schedule, had a huge wish list and wanted to hit as many of our old haunts as we could fit into one day. It was like going on vacation, I tell you. We enjoyed ourselves, each other’s company and all the treasures along the way. She found lampshades for a chandelier, a copper pot for her kitchen, two chairs for Dad’s office, a buffet and I found a metal rack to display our scarves on at our next craft fair and a few magazines.

But mostly we just enjoyed the hunt.